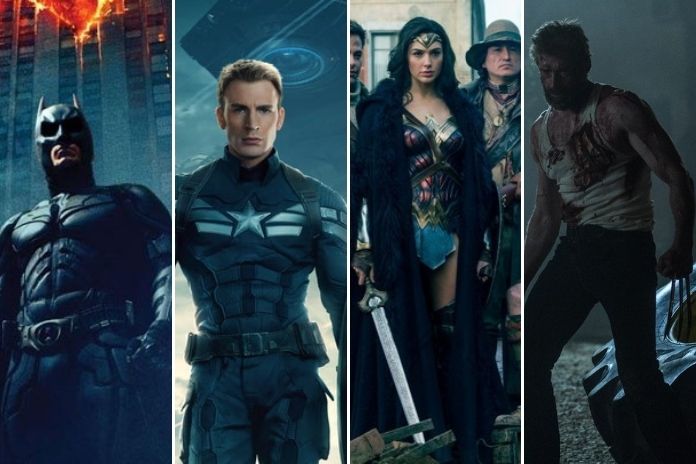 Superhero movies are the trending hotcakes in the movie market today. They give the producers a guaranteed success and keep the box office bell ringing all the time. Apart from drawing stupendous box-office numbers, superhero movies also gave us some memorable quality works over the years. Here is our list of the greatest superhero movies of this century!

Before seeing our 21st century lists, check out our roundups of the Greatest Sci-Fi Movies and Best Action Movies.

The craze for Superhero movies officially began when Tobey Maguire wore the suit of spider-man, and things went to a whole new level when the sequel hit the screen. The CGI quality, performances, and direction were praiseworthy and who could forget the iconic train fight scene which redefined the heroic moments. Directed by Sam Raimi, starring Tobey Maguire & Kirsten Dunst, Spider-man 2 is one of the greatest cinematic experiences that any superhero fan craves for.

The Dark Knight isn’t just the best Superhero film of the 21st Century, it is likewise one of the greatest films ever made in cinema history. The vision of Christopher Nolan, accompanied by the unflinching performances of Christian Bale and Heath Ledger made this one a phenomenal art-work that no cinema lover could afford to miss. All we have to say is, grab your popcorn and sit comfortably to watch, experience, and celebrate the Dark Knight. In short, The Dark Knight can’t be hated nor avoided and it is unarguably far more superior to other superhero movies when compared to the perfection and conviction it had overall as a superhero movie.

Ministry of IT bans 118 chinese mobile applications, including PUBG, in India