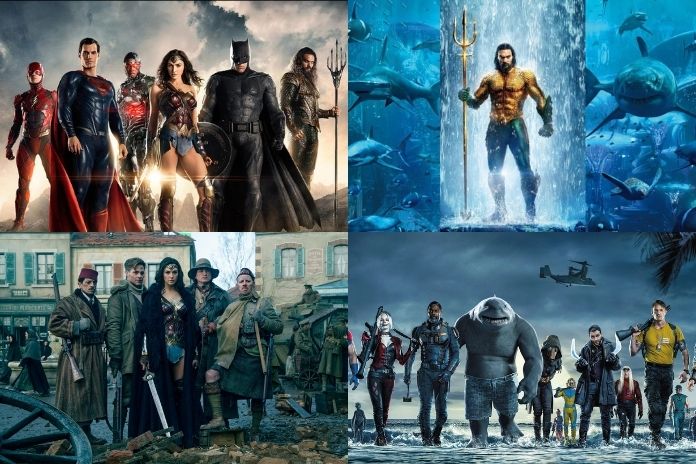 The Suicide Squad, directed by James Gunn, was released in India earlier this month. A soft reboot of the Suicide Squad in 2016, the critics have given a fabulous response. However, the film’s critical acclaim has yet to translate into actual revenue.

The DCEU is still struggling, especially when compared to the MCU. The Suicide Squad is an undeniably great comic-book film that is a step in the right direction. The box office, on the other hand, is not easily swayed.

What role does it play in the ranking of all DC Extended Universe Movies? Learn more about it right here.

What an absolute shambles. Suicide Squad looked strange and different, with a great cast and David Ayer behind the camera, and I was so excited for it, but it couldn’t have been more disappointing.

The film couldn’t even come up with a compelling reason why a team of superheroes would be imparted with a mission, and the main conflict stems from Amanda Waller being a complete dummy.

Yes, the cast is full of colorful characters, but the film doesn’t know what to do with them.

This film features two of the most iconic superheroes, Batman and Superman, and it was still difficult to get through. Zack Snyder is the man for you. It was refreshing to see a jaded Batman go up against an enraged Superman, who is a distant, gods figure. The infamous Martha scene may have gotten more attention than any other scene in the film.

Despite its flaws, Justice League gave people hope for the future of the DCEU. Of course, there are many flaws in this film, such as the villain, who could not be more generic, and the CGI, which was as bad as it gets.

It appeared to be the result of two filmmakers’ opposing visions (Zack Snyder left the project before post-production due to a family tragedy), and Joss Whedon stepped in. The most frustrating aspect of Justice League is that it belongs to no one, and for such a significant team-up, its only effects will most likely be felt by Warner Bros.

This James Wan film was without a doubt the most visually stunning entry in the DCEU. It was also one of the craziest superhero films ever made. The film is mostly about style, as the plot is disjointed and the characters, with one or two exceptions, are underdeveloped. However, it is still a great time at the movies because of its consistently stunning visuals and enthralling action.

If you were disappointed by Justice League, Zack Snyder’s Justice League is the film for you. It’s a comic book fan’s fantasy come true. Absolutely epic in level, with grandiose visuals and sound effects Despite Snyder’s depredations, the film’s visuals, magnificence, and scale make it a worthwhile Justice League narrative.

Wonder Woman 1984 had high expectations, but it had the misfortune of being released at the height of the coronavirus pandemic. Sadly, the film is rather disappointing, owing largely to a muddled plot and some bizarre creative decisions. It made some questionable decisions (such as how Steve Trevor was brought back), and Kristen Wiig’s Cheetah was an underwhelming villain. However, Pedro Pascal was fantastic as Maxwell Lord, and the film pushed Diana to a new level of hazard.

Man of Steel, in our opinion, is an excellent film overall, despite its clumsy, effect-laden climax. But it’s possible that it was unavoidable. I’m not a fan of CGI, but I fully comprehend that when Kryptonians fight, there will be enormous destruction. We’d never seen Superman use all of his powers in live-action before. And it was a sight to behold — until it got a little too much near the end.

There will be a strong push for James Gunn’s DCEU debut, The Suicide Squad, to be considered the franchise’s best in early release markets around the world. As Gunn demonstrated in the MCU with the Guardians of the Galaxy films, he has an incredible talent for making even the most unimportant characters care. Because of its unique blend of violent havoc and emotional sincerity, The Suicide Squad will have a long shelf life.

This David F Sandberg film is the least ambitious DC film yet. It does not address difficult issues such as the conflict between man and God (Batman v Superman) or the War on Terror (The Dark Knight). The most touching scene in Suicide Squad. And, if heart is your barometer, there will be a large audience for a blockbuster centered on a giant Starfish battling a slew of D-level DC comics villains. It was also refreshing to see a superhero film that wasn’t drenched in CGI.

Wonder Woman, without a doubt the most influential film in the DCEU to date, shattered the glass ceiling for female superheroes. Patty Jenkins accomplished what a veteran of comic-book films (Snyder) had failed to do. tell a sincere, inspiring, and lovable story about an inspiring heroine

It was unlike any other action sequence in the superhero genre before or since.

Ministry of IT bans 118 chinese mobile applications, including PUBG, in India

Vidya Balan Comes Out In Support Of Rhea Chakraborty

Every DC Extended Universe Movie Ranked from Worst to Best

How Some Cinematic Stories Scored Centuries in their Second Innings